Way More Than Just A DJ

So this past weekend, I was DJ’in at another beautiful wedding and it dawned on me that DJ is way more than just playing music and helping keep guests informed its way more. During this wedding I found myself not only providing music throughout the entire evening, announcing the first dance and other activities throughout the evening. But I was also asked if  I knew how to tap a keg (I’ll plead the fifth on how I learned this ;-), so […]

We are super excited to announce that one of our favorite private venues is now open for weddings and private parties. The Lake Chelan Yacht Club is located on the South Shore of Lake Chelan, located 13 miles from downtown Chelan. The Yacht Club offers a quiet and relaxing location with one of the only places in the Chelan Valley that offers for waterfront weddings near our recently updated marina. The Club offers a great location for outdoor weddings, right […]

Since the 2007 Showbiz Northwest (formally known as Wenatchee Boys Media Production) has been hosting an annual Halloween themed party called “Monster Mash” at the Wenatchee Convention Center. This has been a fun and exciting event for us and those in attendance during the last 5 years, however with that said we will not be continuing the tradition this year. As our company continues to grow and change we are focusing on the services we provide and feel this is […]

So as we continue to evolve into the digital word. I am happy to announce a few new features we recently launched that help make your event a smashing success! With the recent launch of our new website there are some exciting features that can help you create a perfect event: The first feature I’d like to touch on is the ability to plan out much of your event online 24/7. As a Showbiz client you will have instant access to important […]

Proper planning for any size event

I recently attended the Bite of Seattle, known locally as “The Bite” at Seattle Center in downtown Seattle. A 30 year tradition in the Puget Sound, The Bite showcases more than 60 local restaurants, entertainment performances by more than 150 musicians and talented performers, and attractions for all ages and all demographics. The yearly event attracts more than 450,000 people each year. The first thing I noticed about The Bite as I strolled from Mercer Street was the amount of […]

So it originally started off as, what I thought would be a one or two time thing; however, it ended up consisting of almost 10 years & more than 1,000 events. I started off DJ’in at 16 and have been doing it much of my life! In the beginning it was CP Video & DJ, then in 2005 Wenatchee Boys Media Production was formed by myself, Brian Johnson, and Cameron Sherman. The main intent with Wenatchee Boys (WBMP) was to create an […] 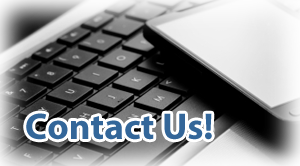 The team at Showbiz Northwest was very helpful in making our event a success. They were quick to change the music if people weren’t dancing and to keep the Prom moving. They were easy to work with and had already gone thru the guest request list to remove anything that might be viewed as questionable or not good dance music for a school event.

The Showbiz staff know their stuff. We don’t worry about the sound system for our annual Harvest Festival because we know you have us covered. Great service at a reasonable rate.

Showbiz was awesome! We were totally unorganized and they did an amazing job running the show. Also appreciated the care and attention going into the event. Loved working together!!

Carl is our go-to guy for providing music and DJ Services for our annual dance. He goes above and beyond to set the atmosphere to a fun-filled evening. We will be using him again for all of our future dances.

I just have to say how awesome it was to have Showbiz Northwest at our wedding! They were so helpful in the planning process as they have so many useful forms online to help not only us but the DJ be prepared for our big day. Zach was our DJ and he helped everything go so smoothly. He was able to answer every question we had and no request that was not able to be met. I have nothing but great things to say about Showbiz and definitely will be recommending them!

I’m so glad I chose Showbiz Northwest to DJ for my wedding! The event coordinator Katie was a wonder to work with – she was so responsive and accommodating! She always replied to my questions and helped put my mind at ease during the stressful wedding planning process! The online system used for Showbiz Northwest is also wonderfully organized! I was really happy I was able to fill out all the information about my ceremony and reception, make payments, and create a playlist all in one place! My DJ for the day-of was Zach and he did a phenomenal job of keeping the beat going and the energy up! He had great MC skills and a positive and friendly persona. He made some great song choices based on the playlist I gave him and he always honored my impromptu song requests too! Thank you, Katie and Zach, for helping my wedding work like clockwork!

Having a wedding at Mountain Springs Lodge in Leavenworth in the winter brings many challenges. Finding vendors close to the venue who are familiar is also a challenge. We are so thankful for your services and willingness to meet with us prior to the event and hold our hands every step of the way to give our daughter the wedding of her dreams.

Showbiz Northwest has always done an excellent job at all of our school dances. From junior high to high school, the music was appropriate and great, the DJ professional, and I never have a worry when contracting them.

Showbiz NW is was an amazing company to work with. Carl, our DJ, was so friendly and professional. We got respondes to our questions very promptly throughout the planning process. All of our songs were played exactly when they were supposed to be, and he was so flexible when things went off schedule. I would highly recommend Carl and Showbiz NW to anyone needing DJ services!